It was really lovely to see so many of you at our AGM, the minutes of course, will be circulated before the next year’s AGM and these notes are most definitely not them.

The Committee was re-elected and I am over joyed that Sally Furlong nominated and elected as a committee member. Steve Jarman and Alan Baxter offered their help. If you were not at the meeting but would like to offer your support, please get in touch.

Mike Smith, was thanked for his very many years on the committee. First as Treasurer, then as Chair. The Committee nominated him and he was duly elected President of the Association. He was given a certificate to say as much! Suspecting that we might try and show our appreciation with a gift, Mike had specifically requested that we didn't but accepted a Certificate!

His first role as President was to hand out BBKA Module certificates.

Alan Baxter obtained his Basic and Module 1, Greg Young, Christian Fox and I ( Paula Little)  also got Module 1 and I got Module 2 as well. Despite being a lot of work, it has been really interesting studying for the modules. Module One covers all aspects of practical bee keeping and I thoroughly recommend studying for it, even if you don’t take the exam. If you think you might be interested, please get in touch and maybe we could help set up some more study groups.

Mike Holloway was presented his certificate for Honey Bee Health. However, when he came up to collect it, the Committee had planned a surprise! Mike has run the New Bee Keepers course for many years and has supported generations of beekeepers. I started out in the New Forrest Association but when I joined FDBKA in 2008, still a fairly inexperienced bee keeper, of the 28 then members, Mike was the man I called. He has been generous with his time and energy to so many of us, in so many ways that the Committee awarded him Life Membership of FDBKA.

Two other members were “mentioned in dispatches,” for the way they supported other members during Covid Lockdown. Whenever anybody asked for help or advice through the group Facebook site Sam Summersgill and Greg Young seemed to be the knights in shining armour who came dashing to help. I personally have been helped by both of them this year, and I know a lot of you have too.

Before we get to the points raised by members, I must just mention the Auction. The tables were literally piled high with donations. Many people went home very pleased with their bargains and a healthy sum of £319 will go Bees for Development. Duncan Williams, who remains our Auditor despite giving up bee keeping. Duncan had donated his equipment to be sold for charity. Greg and I took these to the Meon Valley Auction in the Summer, raising £215, which accounts for our large donation shown in the Treasurer’s Report despite not having an AGM or Auction last year.

There were three really good points raised at “any other business”.

Oooops. No. Usually we had meetings and talked to them. No blooming use during lock down at all. We do have a website though and it was suggested that a new members guide page would be a good idea. I shall be consulting with the member who raised the point to try and get this underway, ready for our new cohort of students coming through this winter. If you have ideas for what should be included please let us know.

3.       Other associations seem to organise group discounts on equipment better than us, could we improve?

This generated a really useful discussion. The Portsmouth Association runs a shop on Saturdays that we can use. They have premises and take it in turns to help staff it. ” Not everybody knows this” and the address and times or link to this information will be on our website soon. Various members have taken on buying glassware or fondant in bulk as a group, thus benefitting from reduced costs. They usually advertise their intention at a meeting or on Facebook page and collect orders then arrange when the stuff should be collected. The Facebook page is a good place for this. David Thomas reminded us that glassware in particular can be bulky and the organiser needs to have adequate storage. It was agreed, a few years ago, if a member was going to any bee equipment supplier, they would let other members know and arrange to collect any orders to save travel.

Again, if you have ideas to help with this, please let us know and we will try to share the information. It has identified an area that could be included in the welcome pages on the website, perhaps.

So.. quite long but on the upside a lot shorter than the real thing. On the down side no mince pies afterwards!! A gallon of gently warming mead sat in the kitchen but I’m afraid to say I forgot to give it out. My apologies.. I’ll bring it to our meeting in January!!

Wishing you all the best of the season. Looking forward to seeing you in January. 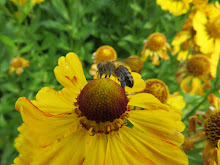